​Testimonial- ​"Thanks Vicki, for your lovely reading!" 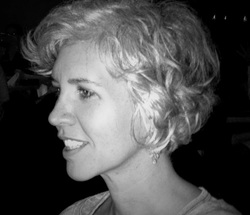 Vicki is  a 4th generation diviner and psychic medium. Her great- grandmother ,Ester,  was a palm reader and graphologist, as was her mother, following in the matriarchal  footsteps two generations later.  Her grandmother referred to  herself a witch, and was also a psychic and card maven, although she never practiced divination professionally. Vicki  received her first divination tool at the age of 8 from her great aunt, Flossie. She purchased her first tarot deck two decades later, but it wasn’t until the devastating loss of her mother, in 2015 , and then her father just one year later, that she turned to the esoteric as a profession. But it must be said, this wasn’t just a career choice-- this was a calling. Since then, Vicki has conducted thousands of readings worldwide.
Vicki is a member of the Tarot Association , World Divination Association, and other lesser known organizations.
She has conducted  private workshops and given lectures and readings , at multiple venues, and in the wake of the COVID -19 pandemic , virtually.
Although Vicki considers herself a resident of the world and frequently travels to continue her exploration of the psychic realm, the Pacific North West is where she calls home.

​Street Cred:   Trained by Yamuna Zake, the creator and Visionary in NY, Bliss Yoga Center, Oregon School of Massage, and Bill Flocco of the American Academy of Reflexology.  A licensed massage therapist in Oregon and Washington, and  a nationally certified reflexologist with American Reflexology Certifying Board. My yoga training was drawn from Hatha, Ashtanga, Anusara and Iyengar. My tarot reading developed from a lifelong passion for the esoteric, that I possibly inherited from  my great grandmother, grandmother and my mother.I have been featured in Marie Claire  and Portland Monthly Magazine.
FUN FACTS: I consulted a wiccan high priestess about my move from New York to Portland.
I used to figure skate competitively. I was on a tv show called " I've Got A Secret". I'm a street photographer. I danced in a bollywood thriller flash mob at the Oregon museum of science and industry and convinced my husband to do it too . I love studying languages.